Parent Confessions: I Sat in my Car Instead of the Dugout

Will you step up to support Little League Baseball in Smithfield? 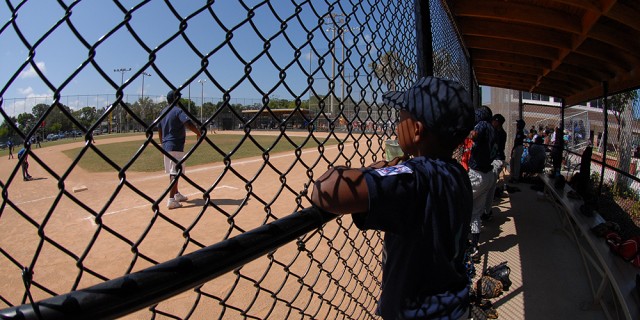 The following article was originally published on www.littleleague.org

Smithfield Little League is only as good as the volunteers that step up to create a memorable baseball experience for Smithfield youth. Thinking about volunteering this season?

Last year was my son’s first time playing baseball. I knew very little about the sport. One of his friends played Little League® the previous year, told my son it was fun, and the next thing I knew I was handing in a copy of his birth certificate, and some proof of residency. He was signed up.

My ex-wife took him to the tryouts. And, as luck would have it, he made the same team as his friend. We split duties taking our son to practices before the season started. When it was my turn, I’d drop him off, and then run some errands or stay in the car returning phone calls, texts, and emails. I’d watch a little of the practice from the car. Again, I didn’t know much about baseball, but it seemed to me he was pretty good at it.

One day, there was a knock on my window. It was the coach. He asked if I was Timothy’s father. I nodded. He told me that he thought my son was a natural, and that he’s a pleasure to coach. I thanked him for sharing that with me. He then told me that the person who usually keeps the scorebook couldn’t make the first game, and asked if I could do it. I mumbled something about not knowing much about the game, and that I’d probably have to work.

I was out of town on business for the first three games of the season. Timothy got a hit in each game, and stopped two ground balls. Pretty good, I figured, for a seven-year-old new to baseball.

One day, after practice, Timothy hopped in the car, and handed me a glove. I asked him whose glove it was. He told me that the coach had an extra one, and thought I would want it. That evening, we went home and caught baseball. We had so much fun. When I missed a ground ball, Timothy told me what I did wrong!

I made it to as many games as my work schedule would allow. I wished I could have made it to more, but I simply couldn’t. He ended up having a great season. The team threw a year-end party. Me, Timothy, and his mother went. It was a lot of fun, and I loved seeing him joking around with his new friends. I ended up meeting a father who grew up in the same town I did all the way across the country in New Jersey. It was nice to have a “home town” person to talk to, but I couldn’t help but feel like I had missed out on so much of his first Little League season.

Toward the end of the party, the coach told me a little more about the league, how it was run, how they survive only through the dedicated work of volunteers. I listened to his stories and the stories from the all the other parents who had volunteered their time whether it was getting the field ready, working the concession stand, or coaching on the practice field.

At signups this year, I asked what I needed to do to become a volunteer. I filled out the proper paperwork, got my clearances, and I have been learning how to keep a baseball scorebook! I would have never thought in a million years that I’d be in a dugout with a baseball cap on, but I will be, and I’ll be just as excited about the new Little League season as my son will.

To sign up for as a Smithfield Little League volunteer, send an email to Shane Moore at sll.shanemo@gmail.com.