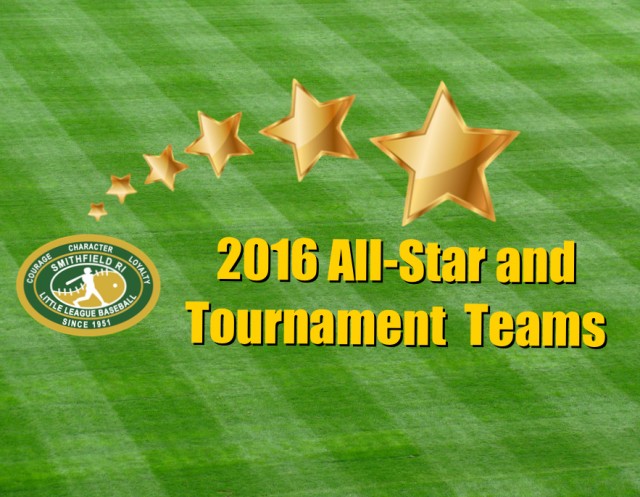 Smithfield Little League announced today the 2016 All-Star roster and coaching staff for the League’s Majors All-Star teams. The teams will play in a number of tournaments throughout Massachusetts and Rhode Island this summer as they continue to develop their baseball skills and the Little League values of courage, character and loyalty. District Tourment schedules are available here. Click here to download the District 4 Little League Mobile app which includes Google map directions to all fields, latest district news and a real-time scoreboard when games are underway.

The Smithfield Little League community is welcome to attend all games in support of the players.