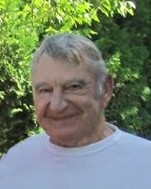 Peter Martucci, 75, of Columbus Avenue, Johnston, formerly of Smithfield, died Tuesday, April 29, 2014 at Fatima Hospital. He was the husband of Patricia A. (Ryder) Cook Martucci and the late Olivia I. (Forand) Martucci.

Born in Providence, he was a son of the late Peter and Josephine Martucci. He had lived in Smithfield until moving to Johnston five years ago.

Mr. Martucci was the owner of the former Pete’s Arco in Chepachet village. He had also been the Assistant Manager at the Smithfield Ice Rink. He was a former Smithfield Little League Board Member and Coach and Army Veteran.

Besides his wife he is survived by his children: Peter A. Martucci and his wife Karen of Scituate, Donna M. Corsi and her husband, Joseph of Smithfield and Joseph Martucci of Smithfield, his eleven grandchildren and his siblings: Dorothy Villani of Cranston, Paul Martucci of New Mexico and Joan Ammon of Maryland.

His funeral service will be held Saturday at 9:30am in ANDERSON-WINFIELD Funeral Home, Route 44 at Greenville Common, Greenville. Visitation Friday 4-7pm. In lieu of flowers donations in his memory may be made to a charity of your choice.