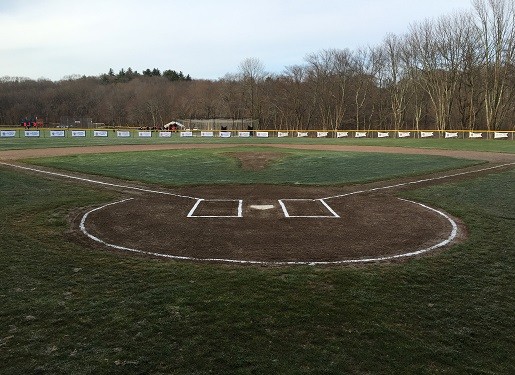 SMITHFIELD – Sports leagues are one step closer to playing at Whipple Field after the sun sets, as town leaders move forward with a plan to install lights around the complex.

Lights will be placed around the exterior of the fields at the Whipple Field sports complex, which includes three softball and two baseball fields, located off Fenwood Avenue in Smithfield.

Finance Director Randy Rossi told The Valley Breeze & Observer Monday that he expects equipment to be delivered within the next few weeks. Work should begin over the summer.

Lights, poles, and related materials will be purchased from Musco Sports Lighting, based in Connecticut, at an estimated cost of $285,000, approved by the Town Council at its Sept. 1 meeting. That money will come from the town’s impact fee account, town leaders said last fall.

On April 5, councilors approved additional costs associated with the project for an amount not to exceed $125,000.

Those costs include roughly $80,000 for service installation for lighting controls by Sullivan & McLaughlin Companies Inc., approximately $36,000 for additional materials such as wire, ground clamps, rods, and PVC glue, and $8,500 for “miscellaneous costs and supplies,” according to a memo from Rossi to the Town Council.

The $125,000 figure is a “worst case scenario” number, Rossi said. About $15,000 will come from the balance of the impact fee appropriation from the Fiscal Year 2016 budget and $110,000 from the previous year’s recreation capital funds, according to the memo.

An electrical services enclosure is being donated and transported to the site by Bay Crane and Smithfield Peat Company.

Volunteers will help with unloading lighting, poles, and equipment; excavation and borings; installing bases, poles, conduit, and wire, among other tasks, according to the memo.

Rossi told the council that the town is still soliciting donations, so more savings are possible.

The lights come with a 25-year warranty and maintenance agreement, according to Andrew Dyjak from Musco Sports Lighting, who spoke at the Sept. 1 council meeting.

In September, Town Council President Bernard Hawkins, who said he is in favor of the project, told The Observer that leaders from the towns’ sports leagues, specifically the Smithfield Girls Softball League and Smithfield Little League, had expressed interest in adding lights to the fields.

At the Sept. 1 Town Council meeting, some residents spoke in favor of the project; others had concerns about how late the lights would be on into the night.

Hawkins said that there will be time restrictions for how late games can be played.

• Held a public hearing on the town’s Comprehensive Community Plan that will be continued at the May 3 Town Council meeting.

• Authorized a request from the School Department that the council pay for an educational facilities consultant, at an amount not to exceed $35,000.

• Scheduled a work session to discuss the Smithfield Ice Rink’s per hour hockey rates for the 2016-2017 year on Tuesday, April 26, at 5:30 p.m. and a workshop to discuss tax classifications in the town at 6 p.m. on the same day.

• Approved the annual renewal of 74 holiday sales licenses and seven Bingo licenses, subject to compliance with all state regulations and local ordinances.